Our company history - a look back at many years of experience

The company's history began in 1961 in a small craft business in Heilbronn, when Erich and Renate Plundrich dared to take the step into self-employment.

For a long time, the couple worked on the turning machines in their contract turning shop until, in 1965,
due to the good order situation, an expansion of the machine park was carried out and employees were recruited for the first time.

Already at this time Erich Plundrich developed a great interest in mixing and stirring technology.
At the same time, he dealt with stirring problems in the food sector, carried out repairs on machines for the bakery trade and dealt with the production of whisk.

A little later, Mr. Erich Plundrich became aware of the mixing and stirring porblems in the construction sector.
When he found out that craftsmen used selfmade wire formations to facilitate the tedious task of mixing and stirring materials, his innovative ingenuity was aroused.

The result was the development of the first stirrer for insertion into a drill.
The so-called “machine stirrer from Plundrich“: 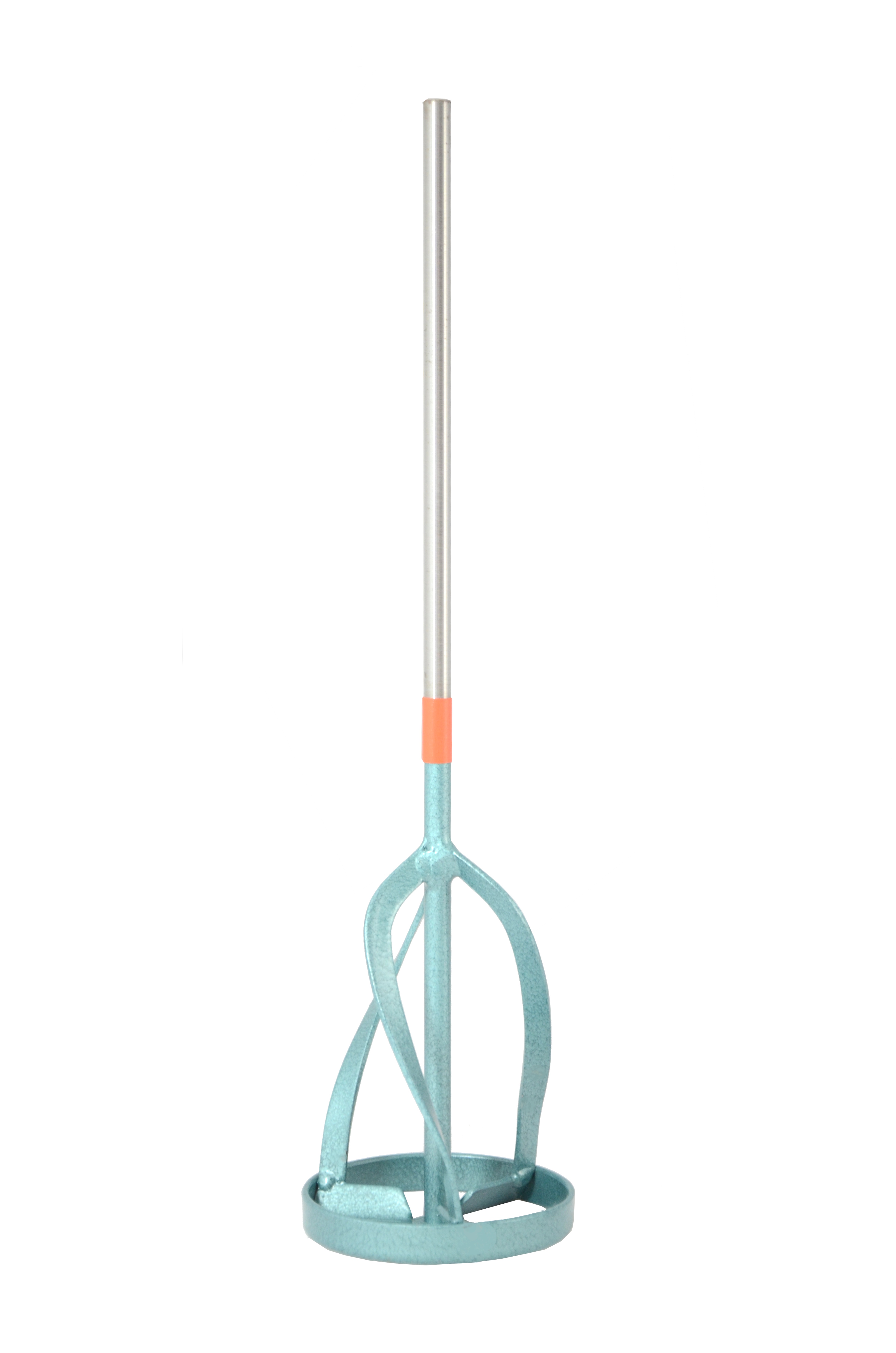 After innumerable experiments and consideration of technical data, the predecessor of today's MR 3 stirrer was developed.

Since then, the product range has always been adapted, expanded and optimized to the latest requirements and developments.

In 1971, the office of Heilbronn moved to Ittlingen, as the company expanded rapidly.

After the sudden death of Erich Plundrich in 1983, his daughter Gabriele Plundrich took over the company during her studies, following in her father's footsteps.
Since then, Gabriele Plundrich has not only continued to lead the family business very successfully, but with the same passion for mixing and stirring technology as her father.

This resulted in a wide range of more than 60 different stirrers from just one stirrer type at the beginning.

All components are from one hand, optimally coordinated and made of first-class German quality.
These are advantages which the specialised trade and crafts appreciate and which have made the epi brand well-known worldwide.

These years of experience make the epi brand a family business, which has set itself the task to offer efficient and individual solutions for mixing and stirring technology as a fair and reliable partner for its customers.

Sales of craft, trade and commercial businesses.
Are you a business customer?